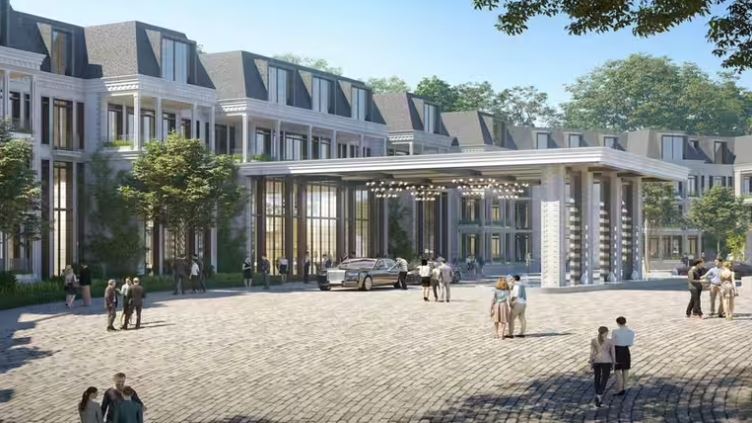 The Cold Spring Country Club adjacent to Oheka Castle in Huntington is in contract to sell 13 acres of its property to a developer who plans to build 120 luxury condominium units at the site.

The developer has “met preliminarily” with Huntington Town officials to discuss the proposal, Thompson said Monday. “They have not yet filed a subdivision, or site plan or documents, but they anticipate doing that in the next two months.”

Thompson said it’s too early to know the pricing on the housing units at the development, called The Residences at Cold Spring. He declined to say how much FBE will pay for the land. The plan will preserve the golf course and the open space, he said.

Cold Spring Country Club representatives did not respond to requests for comment.

In 2012, castle owner Gary Melius first proposed building a 190-unit senior community on part of the Oheka property and on a parcel owned by the Cold Spring Country Club. That deal fell apart.

In 2020, Melius withdrew another application from the town to build 90 condominiums in a four-story stone building with parking underneath on the lower portion of the castle’s front lawn.

He said at the time it was to make “sure I have all my ducks in order.”

Melius told Newsday he is aware of the FBE proposal and questions whether it can be approved at the proposed height and density.

“I think they have a better chance at winning Lotto than getting that approved by the town,” he said Tuesday.

Melius said he plans to submit a new application to the town to build a 95-unit community on Oheka property sometime in the next week.

He said he’s confident about his latest proposal because Oheka Castle has a preliminary agreement with Nassau County for sewer connection that still needs approval by the full county legislature. The agreement would be an important component for development in the area.

“I’ll withdraw it [the sewer connection agreement] if I have to,” he said. “But most importantly, I have the support of the civic association. I’ve been here 38 years. They know me.”

The Cold Spring Hills Civic Association Inc., which represents homeowners in the neighborhood, supported Melius’ first proposal but had concerns about his scaled-down 2020 plan.

Gayle Snyder, chair of the executive board of the civic association, said the board supported Melius’ original proposal because it saved Oheka Castle from “financial ruin” and preserved the open space of the golf club.

The FBE plan does neither, Snyder said. “This plan does nothing to help Cold Spring Hills.”

Thompson said FBE has properties throughout the metropolitan area and has developed or codeveloped two multifamily properties in past years. The company also has developed “significant” office and industrial properties, he said.