Adventureland set to open on time for first time since pandemic 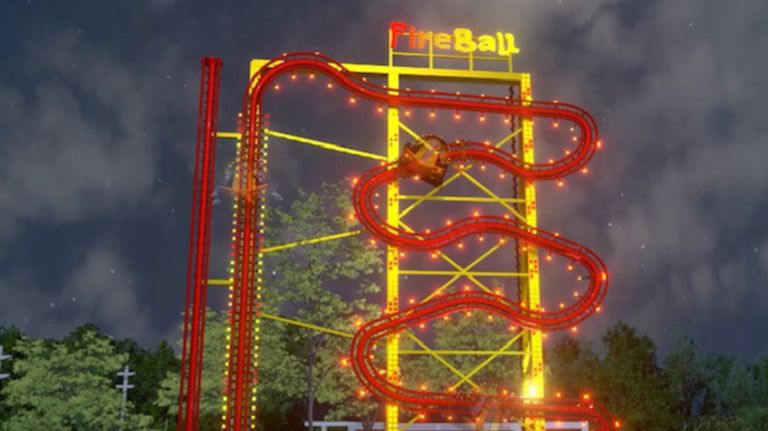 Long Island’s Adventureland is scheduled to open March 26 for its first regular Spring season in nearly three years as it celebrates its 60th anniversary and a hoped-for return to post-pandemic “normality.”

All that will be missing from the family-run, roadside amusement park is its newest headline thrill-ride attraction, a vertical roller coaster called FireBall. But it’s on the way.

Steve Gentile, co-owner and president of Adventureland, said management at the amusement park located at 2245 Broadhollow Rd. in East Farmingdale is “very excited” to welcome parkgoers for their first normal opening weekend since March 2019. The park was shuttered throughout 2020 and operated for a shorter season last year.

Gentile said he’s hopeful 2022 attendance will be much stronger than last year’s when the business was not allowed to open until mid-April because of state guidance for amusement businesses.

“Coming off a season where our group business was down 40% to 50%, we’re anticipating having a very strong season because of the normality setting in,” said Gentile, whose park employs over 600, mostly teenagers, during the height of their summer season.

One reason behind Gentile’s optimism is the loosening of COVID-19 mandates, especially those concerning school children. A state mandate requiring students to wear masks in class ended March 2.

“Once they lifted the mandates from the schools, we’ve noticed that our phones are ringing,” Gentile said. “People are looking to get back to normal and they want to spend that time having fun with their children and their families.”

There will be no mask or vaccination requirements to enter the park, he said, though a general-admission ticket policy put in place earlier in the pandemic to control visitor capacity will remain in place.

Until last spring, Adventureland had been free to enter and required visitors to buy tickets for individual attractions.

This year general admission, which includes unlimited rides until the park closes, is $41.99 for those aged 2 to 24 and $31.99 for those 25 and older, according to the park’s website.

To help the park attract more visitors and rebound from the pandemic, the state awarded Adventureland $210,000 in December to support a “tourism marketing plan to expand its reach into the tristate area,” state officials said at the time.

Gentile said the park has almost finished work on the marketing plan.

The park’s new FireBall ride will be ready later in the Spring, Gentile said.

The vertical coaster has curves designed to make riders feel like they are falling off a cliff. The red-and-yellow structure will stand about 60 feet tall and will feature three gondola cars that each seat two pairs of riders, back to back.

Gentile said the ride, which should arrive by truck late next week, will take around two weeks to assemble.

The coaster, manufactured by Altendorf, Switzerland-based Ride Engineers Switzerland, represents a $2 million investment, and is the first of its design in North America, Gentile said. The parts are coming from Switzerland, Germany and Spain.

It is the third roller coaster at the park, joining the Rattlesnake and Turbulence, which debuted in 2015. Gentile said he anticipates increased ticket sales from FireBall.

“Every time you put in a new attraction like this, amusement parks always see a bump in foot traffic,” he said.