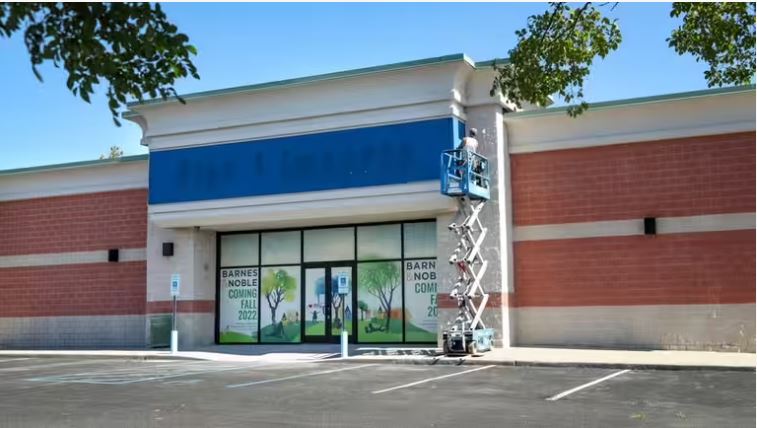 Reading has been more than fundamental for Barnes & Noble.

It also has been more profitable for the book retailer since its sale in 2019 and because of consumers’ changing habits during the COVID-19 pandemic, so much so that the once-struggling chain is opening 16 new stores this year, including one in Riverhead.

“As sales and profits have risen, so has its ability to invest in refurbishments of its existing stores, and in the opening of new bookstores. In short, the expansion is being spurred by its success,” Barnes & Noble told Newsday in emailed responses to questions this week.

The Riverhead store, which will be Barnes & Noble’s eighth Long Island location, will open on or around Nov. 2 at 1470 Old Country Rd. and employ 15 to 20 people, the retailer said. Pier 1 Imports vacated the space in 2020 after the home décor chain’s parent company filed for Chapter 11 bankruptcy protection.

The renovation work is underway for the bookstore, which is 10,811 square feet, said Nancy Erickson, an executive managing director and broker at real estate firm Colliers International who represents Riverhead Centre’s landlord in leasing.

Barnes & Noble is the only nationwide chain of brick-and-mortar bookstores left in the United States.

For several years, before being sold in 2019, the Manhattan-based retailer struggled as fewer people bought books, and e-commerce giant Amazon, the largest retail seller of books worldwide, chipped away at bookstores’ sales.

Now Barnes & Noble, which has 599 stores, is planning an expansion.

“They are the main physical counterweight to Amazon,” he said.

Currently, the only bookstore in Riverhead is a small business called A Book Place, a 700-square-foot shop that East Moriches resident Jocelyn Maningo Kaleita recently opened. The store, located at 489 E. Main St., is about a 10-minute drive from the new Barnes & Noble.

“Seeing as I am a brand-new bookstore owner, I opened in July, it’s not my favorite thing that Barnes & Noble is planning on coming here,” she said.

A Book Place specializes in books by independent and self-published authors — “things that you won’t necessarily find in Barnes & Noble,” said Kaleita, 39.

Some changes in recent years that have improved the fortunes of booksellers.

Online book sales surged during the pandemic, particularly when consumers were stuck at home with limited entertainment options.

Barnes & Noble also was helped by the sale of the company in 2019, book industry experts said.

Private equity firm Elliot Advisors bought Barnes & Noble and brought in James Daunt as the new chief executive of the chain, which became private. Daunt had turned around the largest bookstore chain in England, Waterstones, also owned by Elliot Advisors.

“I think people would say that Daunt and the equity firm that is backing him have put more into the stores that the old regime didn’t and that he’s really infused some different buying ideas in terms of how the [retailer’s] book buyers buy books,” such as placing lower initial orders as part of a plan to lower book returns, Milliot said.

Barnes & Noble also has changed how it manages stores by decentralizing operations by letting its stores decide what books they will carry “to curate the best possible bookstore for their community,” Barnes & Noble said.

“This compares to a total of just 15 being opened in the nine years from 2010 to 2019. Before Amazon really knocked back physical bookstores, Barnes & Noble had been able to grow strongly. In the 16 years between 1993 and 2008, it opened an average of 35 new stores each year,” Barnes & Noble said.