Former Pier 1 space in Carle Place getting cake and gym franchises, other tenants 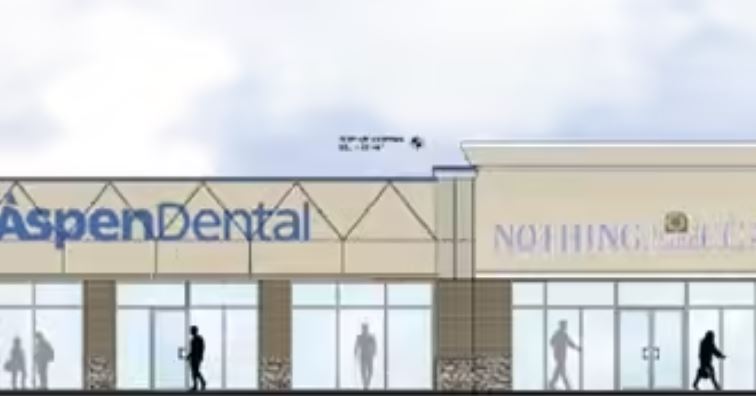 Aspen Dental, Nothing Bundt Cakes, fitness studio F45 Training, and health care apparel and accessories store Scrubs & Beyond are among the tenants that will be taking a share of the 15,052-square-foot space that Pier 1 vacated in Glen Plaza, according to AVR Realty Co., the Yonkers-based commercial real estate firm that owns the shopping center.

The four new tenants will move in this fall, AVR Realty said.

The former Pier 1 space, at 216 Glen Cove Rd., is being subdivided for five tenants, but 3,518 square feet remain to be leased, AVR Realty said.

Finding a single replacement to take the entire space that the home décor store vacated in March 2020 wouldn’t have been hard, but it made more sense to subdivide it, AVR Realty spokesman Brian Ferruggiari said.

“We had interest, but in the current marketplace, rents are much higher for smaller spaces. This property lends itself well to subdivide due to the depth” of the building, he said.

Here is the rundown of what is slated for Glen Plaza:

Aspen has more than 950 offices nationwide, including three on Long Island — in Commack, Massapequa and Riverhead. Every Aspen office is independently owned by a licensed dentist.

Dr. Gabriel Iancu will own the Carle Place practice, and is the owner of the three other Aspen practices on Long Island, said Katie Stafford, spokeswoman for The Aspen Group.

“In addition to the practice owner, there will be a lead dentist on staff, as well as hygienists, dental assistants, dental lab technicians and receptionist,” she said.

The Aspen Group, which is based in Chicago, owns the Aspen Dental brand and provides administrative and business support services to the independently owned practices.

The shop will be a franchise operated by Michael and Carole McVey, Ferruggiari said.

Founded in 1997 in Las Vegas, Nothing Bundt Cakes is a “market leading franchisor and operator of gourmet bakeries offering specialty Bundt cakes,” Roark Capital Group, an Atlanta-based private equity firm, said in a May statement announcing its acquisition of the chain.

The Dallas-based bakery chain has more than 410 U.S. shops, including six in New York State, but none on Long Island, according to its website.

Neither the company nor the franchisees for the Glen Plaza shop responded to Newsday’s requests for comment.

• F45 offers classes, for all fitness levels, of “high-intensity training and … circuit training, so you’re constantly moving to different equipment in the studio during 45-minute sessions,” franchisee Rocky Fonovich said.

“This is going to be my first of three locations for F45,” said Fonovich, who also is eyeing Garden City and Seaford as possibilities.

The Seaford resident, 31, for eight years owned another gym franchise in which he is no longer involved, he said.

There are now 12 on Long Island and four more are planned, including studios in Bellmore, Massapequa and Melville, according to the company’s website.

• Scrubs & Beyond is relocating to Glen Plaza from a store 0.8 miles away on Old Country Road in Carle Place that operates as Life Uniform.

The Life Uniform store is among 13 stores that will be rebranded as Scrubs & Beyond over the next two years, said Kate McClain, spokeswoman for St. Louis-based Scrubs & Beyond LLC.

The Scrubs & Beyond in Glen Plaza will occupy 2,500 square feet.

“Our caregivers work so hard and deserve the best when shopping for their uniforms. With this new location and new branding, we believe we are providing just that, a best in class, superior shopping experience for our caregivers,” McClain said.

The Carle Place store is relocating for multiple reasons, including better parking in Glen Plaza, said Matthew Kucker, who was one of the managing directors in real estate firm Colliers International’s Jericho office who represented the retailer  in leasing.

Scrubs & Beyond operates 113 stores in 30 states. Its one other Long Island store is in Selden.

Glen Plaza is a 23,173-square-foot shopping center whose only current tenant is children’s furniture store The Bedroom Source, since Pier 1 closed.

In January 2020, Pier 1 Imports Inc. slated up to 450 stores, including the Carle Place location and seven others on Long Island, for closings.

The Fort Worth, Texas-based retailer filed for Chapter 11 bankruptcy protection in February 2020 and announced in May 2020 that it was closing its remaining 541 stores, including the four left on Long Island.

Pier 1’s intellectual property and other assets were sold in a bankruptcy auction in July 2020 and it is now an online-only retailer.