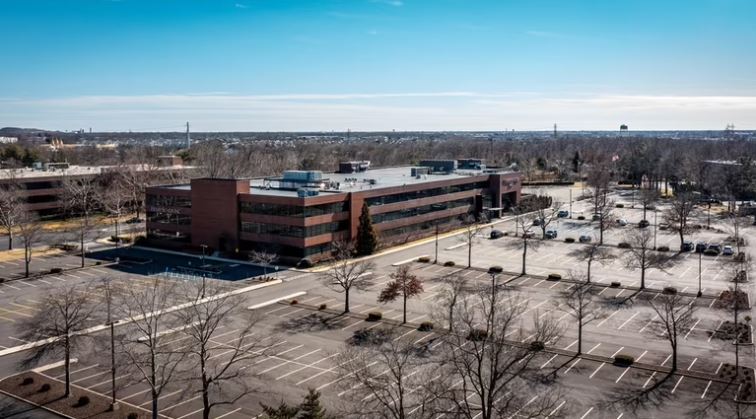 Henry Schein Inc., Long Island’s largest public company, plans to consolidate its Melville headquarters  into a single building as more than half its office employees continue to work from home at least some of the time, officials said.

The distributor of dental and medical supplies will jettison 80 Baylis Rd., the larger of its two headquarters buildings,  by year-end. The 180,000-square-foot office is known internally as Melville East.  The company leases it from the We’re Group, owner of several buildings in the nearby Huntington Quadrangle.

Schein will house all of its headquarters work  at 135 Duryea Rd.,  a 105,000-square-foot facility known as Melville West. The company said it will make improvements to that building, which it owns.

“This team shares many wonderful memories of our time together in Melville East, and we are certain to make new and lasting memories in our home in Melville West,” CEO Stanley Bergman said in a memo sent to employees Wednesday.

He continued, “As we’ve said many times before, Long Island is – and will remain – our home. That is as true today as it was when we established our corporate headquarters in Port Washington in 1978.”

The consolidation is necessary because “more than half of our office-based Team Schein members in the United States now work in a hybrid or remote model,” said company spokesman Gerard K. Meuchner.

He said Schein will fulfill the commitment it made to Suffolk County last year to invest $15 million in its headquarters and maintain 1,223 jobs. In return, the county’s Industrial Development Agency granted the company $3.1 million in tax breaks, including $2.1 million off property taxes over 15 years, or a 13% savings.

IDA executive director Anthony J. Catapano said the agency is “pleased to learn about [Schein’s]  continued dedication to Suffolk County” and pledge to keep the employment and investment promises it made last year.

“We will monitor this situation as it unfolds to ensure the company continues to meet its obligations to the county and remains a significant contributor to our local economy,” he said.