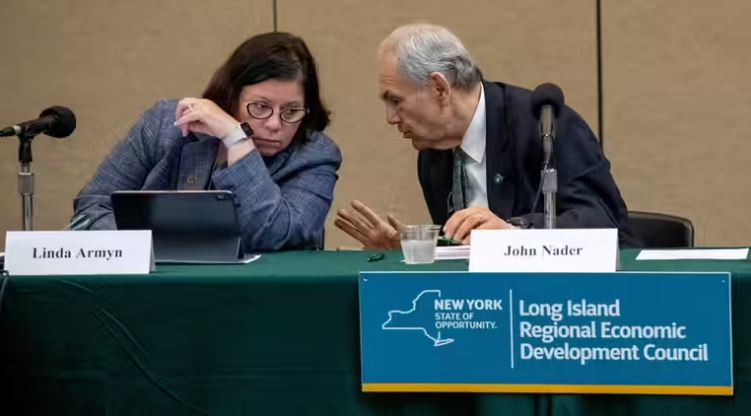 The state is taking applications for $250 million in grants for building projects on Long Island — and will continue to do so until the money runs out, officials said.

The grants are part of the new $350 million Long Island Investment Fund, which was a last-minute addition to the 2022-23 state budget.

The grants will be distributed to up to four “transformative projects,” such as large-scale real estate developments, each receiving a minimum of $25 million, and up to 30 projects, each receiving at least $5 million, according to guidelines adopted last month by the board of Empire State Development, the state business-aid agency that’s overseeing the LIIF.

The money can be used for business expansions, research and development laboratories and new buildings on college campuses — but not facilities that will only be used for housing, medical services or retail shops, the guidelines state.

“Applications are open …[and] will be accepted until funds are exhausted,” said ESD spokesman Matthew Gorton.

Among the requirements is a commitment by applicants to meet an assigned goal for the participation of minority- and women-owned contractors in the projects, letters of support from funding partners besides New York State, and where applicable, a letter of support from the union that represents the applicant’s employees.

In addition, “the LIIF guidelines indicate that legislative support [from the state senator and Assembly member representing the project site] is an important factor in the evaluation process,” Gorton said, adding ESD expects “support letters” from state lawmakers will be included with many applications.

However, ESD will make the final determination on where the grants go after the Long Island Regional Economic Development Council has weighed in.

Guardino and Morgo were supposed to lead a new “work group” that would review the grant applications and make recommendations to the development council’s executive committee, under a plan proposed in April by then-council co-vice chair Kevin Law. Work groups generally have between 10 and 20 members, based on the council’s annual report published in 2021.

But the LIIF work group has been scuttled. “When the idea of the work group was first raised, discussions about the LIIF application and review processes were in the beginning stages,” said the agency spokesman. The new process “reflects broader agreement between [state lawmakers], ESD and [the development council].”

Law, during his first meeting as ESD board chairman last month, said the agency’s Long Island director Cara Longworth and other employees “have made that [selection] process much better.”

Guardino and Morgo also both endorsed the streamlined procedures.

“The whole point of this program is to get transformative projects off the ground,” Guardino said on Monday. “So, if we can move more efficiently and get things done quicker … I think this is the way to go,” he said.

Morgo added, “The change eliminates one level of review and expedites the process … I think it’s a good idea.”

Separately, the LIIF allots $50 million each for technology startups and skills training for workers. ESD will solicit proposals “later this year” from groups to use the two pots of money, the agency spokesman said.