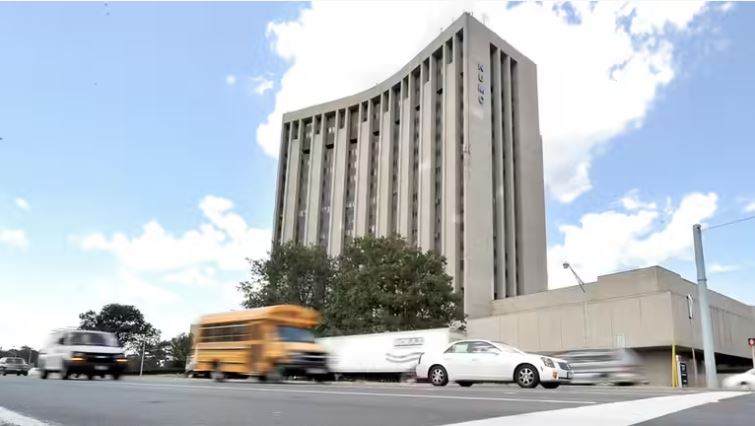 ALBANY — The state budget scheduled to be approved Friday includes a measure that would require audits of the Nassau University Medical Center, the Nassau County Industrial Development Agency and the Off-Track Betting Corp., which have long been subjects of partisan battles.

The measure is called the Nassau County Transparency and Accountability Act of 2022. It will continue a clash between Long Island Democrats in the Senate and Assembly against the NUMC, the IDA and OTB, which historically had been controlled by Republicans and now under County Executive Bruce Blakeman.

The audits would be done through the Nassau County Interim Finance Authority, which is a state public benefit corporation that was created to help the county emerge from fiscal crisis dating to the 1990s.

The state measure revealed in the budget Thursday calls for investigation of “potential violations” of state laws governing the entities, fiscal management and any “systemic negligence.” The measure requires annual reports of the probes to the governor and State Legislature, which will be made public.

Supporters of the bill have said the entities have been hurt by patronage hiring by Republicans and mismanagement.

Blakeman, however, calls it a “power grab.” He said the measure unnecessary and politically motivated.

“I don’t believe it’s political to take a look at NUMC that is hemorrhaging money and not doing well; and OTB that traditionally has all types of jobs that may not be necessary,” said Sen. Todd Kaminsky (D-Long Beach). “I think it’s worth taking a look at. We want these Nassau County institutions to succeed and to make sure every use of tax dollars is appropriate.”

Several Long Island Democrats in the Legislature supported the measure.

“Once again, the Republicans endanger NUMC, our hospital for those in need, by using it as a political patronage mill,” said Assemb. Charles Lavine (D-Glen Cove). “They do so with great satisfaction. My Democratic colleagues in the Assembly and Senate will resist. The stakes are too serious for good people to enable this cynical exploitation of NUMC’s vulnerable patient population.”

Last month Democratic lawmakers sparred with Blakeman over control of the governing board of NUMC.

A legislative bill in Albany would provide Gov. Kathy Hochul and Democratic leaders of the State Senate and Assembly far greater control over the appointment of most voting members on the hospital’s board. The governor also would appoint the board chairman and CEO.