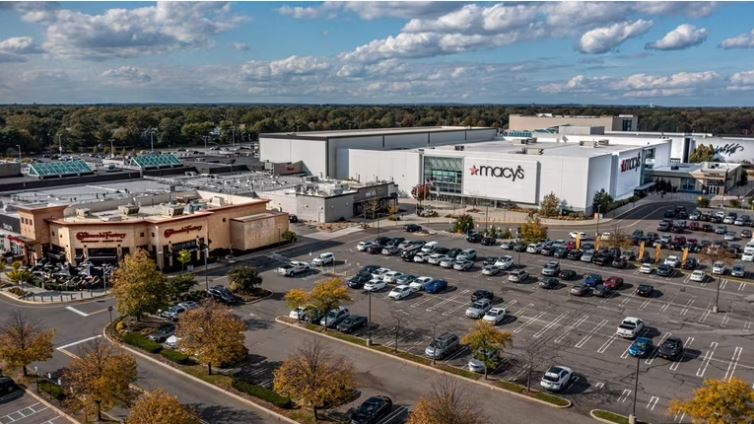 A Paris-based real estate company has sold its second Long Island mall in two years, as it tries to reduce its debt by unloading its U.S. retail properties.

Westfield South Shore in Bay Shore and Westfield Trumbull in Trumbull, Connecticut, were sold by Unibail-Rodamco-Westfield for $196 million Friday, URW said in a statement Tuesday.

Since URW also sold Sunrise Mall in Massapequa in 2020, it no longer owns any Long Island properties.

The mall is 89% leased, according to URW’s statement. It has 68 stores and 25 restaurants, according to its website. Anchor tenants include Macy’s, JCPenney and Dick’s Sporting Goods.

These days, more mall operators are choosing to reduce their retail holdings due to the uncertainty in the retail market and/or the high costs of upgrading the properties for modern shopping trends, said Thomas LaSalvia, a senior economist at Moody’s Analytics CRE, a Manhattan-based real estate information provider.

But Westfield South Shore is performing well compared to many of its mall peers, despite being an older, midsize mall with traditional anchors, characteristics that have hurt other malls, he said.

Westfield South Shore’s vacancy rate has risen over the past few years, but its rent growth has been strong at $40 per square foot in November, compared to the average of $25 per square foot in the Islip/Smithtown submarket, LaSalvia said.

“Competition is somewhat limited on this part of the Island and the neighborhood location is actually a bit of an asset. Our Commercial Location Score, which is an index of a variety of locational economic indicators, has this property in the 88th percentile of the submarket, with strong marks for economic prosperity and safety,” he said.

The new ownership group did not respond to a Newsday inquiry about its plans for the mall, including whether a redevelopment would occur.

In 2017, French property investor Unibail-Rodamco bought Westfield, which then owned 35 shopping centers and malls in the United States and Britain, forming Unibail-Rodamco-Westfield.

The largest mall operator in Europe, URW announced in the spring that it would be reducing its debt by selling its U.S. malls.

“Following the completion of its comprehensive deleveraging program, which includes the radical reduction of financial exposure to the U.S. in 2022 and 2023, URW will emerge” focused on its European “portfolio of high-quality, high-performing assets located in the continent’s wealthiest cities and catchment areas,” the company announced in March.

With some of URW’s U.S. malls performing reasonably well, the company selling its U.S. assets, even at the 30% discount compared to the 2021 valuation that the company estimated, will allow URW to reduce debt and focus on its European assets, said Brandon Svec, national director of U.S. Retail Analytics for the CoStar Group, a Washington, D.C.-based real estate information provider.

URW has made $1.3 billion to date by selling some of its U.S. properties, including Westfield South Shore, Westfield Trumbull, and Westfield Santa Anita and The Village shopping center in Los Angeles, according to its statement.

The company has 21 retail properties left in the United States.

In December 2020, URW sold Sunrise Mall in Massapequa to Sunrise Mall Holdings LLC, a joint venture led by Manhattan-based real estate investment trust Urban Edge Properties, for $29.7 million, a steep decline from the $143 million the property sold for in 2005.