Feil out, Extell in at big Brooklyn development 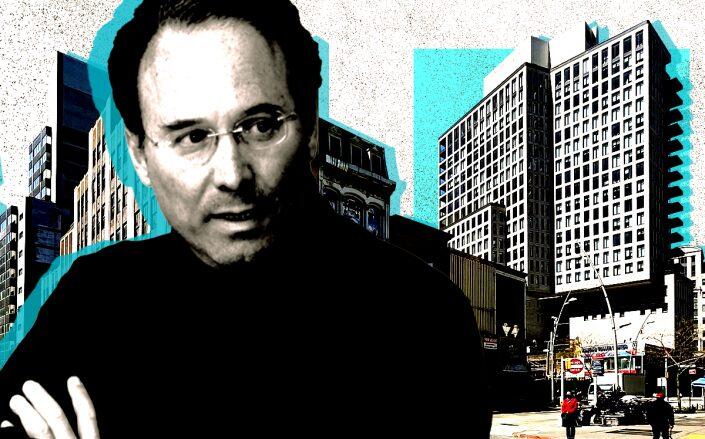 One major developer is handing off its Downtown Brooklyn project to another.

Whether Barnett will change the project is not clear. Last year, Feil filed plans for a 43-story building, which would encompass 475,000 square feet, including about 100,000 for commercial use.

The plans called for 421 apartments, 30 percent of which would be affordable under the 421a program. The building was being designed by SLCE and MdeAS.

Feil began foundation work to qualify the project for 421a tax benefits. Changes by Barnett could in theory nullify its apartments’ 35-year tax break, although that seems unlikely. The real estate industry pleaded with the state legislature to renew 421a, but lawmakers elected to let it expire June 15. Existing projects retain the benefit, which requires affordable units to be included; Barnett is known for ultra-luxury projects.

“Gary is very smart in what he does, and I’m sure he’ll want to put his own stamp on it,” Feil executive Brian Feil told Crain’s. “Whether he wants to keep the 421-a or do something different, that’s up to him.”

The Brooklyn site has changed hands numerous times in recent years. In 2015 Feil acquired the three-story building at the site from Capital One for $43 million. The bank had acquired the property through its $13.2 billion acquisition of North Fork Bank in 2006. North Fork itself had become the owner through its $6.3 billion acquisition of GreenPoint Financial in 2004.

Once again, it will be up to a new figure to shape the future of the Brooklyn site.

Barnett’s ground lease extends across all seven parcels of the development site, which was pieced together by Feil over at least six years. The firm bought four of the properties last year for $32.5 million, Crain’s reported.

In 2014, the two developers were involved in a transaction that transferred ownership in the other direction: Feil bought 251 Park Avenue South from Extell.