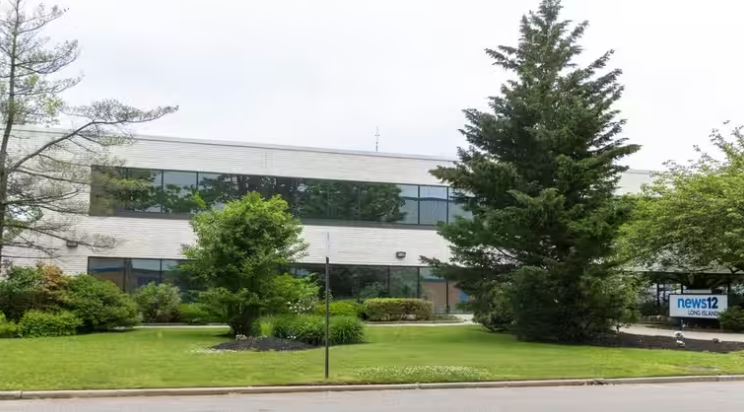 The developer of a $55 million warehouse proposed for the current site of News 12 studios in Woodbury has requested 20 years of property-tax breaks from Nassau County, executives said.

Rockefeller Group International Inc. purchased the broadcasting center, along with an adjacent parcel, last year. It plans to construct a 150,000-square-foot warehouse, but demolition won’t start until the cable television station moves to new studios in Bethpage, the executives said.

Besides the property-tax savings, Rockefeller Group has requested that the county’s Industrial Development Agency grant a sales-tax exemption of up to $1.2 million on the purchase of construction materials and equipment.

The IDA board voted unanimously last week to negotiate an incentive package with the developer.

Phillip Golub, a project manager at Manhattan-based Rockefeller Group, said the warehouse would be “modern, state-of-the-art. … We believe this will add something new to the Island.”

No tenants have yet committed to using the building. He estimated that 68 people would work there initially, earning an average of $45,400 per year.

Peter L. Curry, the developer’s real estate attorney, said it is requesting that the IDA tax-savings deal be written as if the News 12 building has already been torn down. By doing so, the current property-tax bill goes from $601,800 per year to $376,630.

The Nassau IDA, unlike some in Suffolk County, doesn’t reduce current property taxes; the future savings is on higher taxes because the property’s value increases with new development.

IDA board member Reginald A. Spinello said last week that he found Rockefeller Group’s proposal “a little bit troubling [because] now we have a project that can start below existing taxes” under a potential incentive package.

Curry responded that, if News 12 were not operating from the building, it  would have been demolished by now, and vacant land carries lower property taxes. But Rockefeller Group is “letting [News 12] stay as long as they need to stay,” he said.

By the time construction starts in January, the land will be vacant. “We are asking for something that we don’t normally ask for because you couldn’t kick News 12 out of its building,” Curry said.

IDA chairman Richard Kessel concurred but said “it has been the practice of this IDA not to lower taxes. … We will have to work our way through this issue.”

A spokeswoman for News 12’s parent, Altice USA in Long Island City, Queens, didn’t respond to a request for comment on Wednesday.

Separately, Rockefeller Group has told Oyster Bay Town that the warehouse’s size would be reduced by 25% if a zoning code change is adopted by the town board. The change requires additional parking at warehouses within the town.

The Woodbury project is the developer’s second on Long Island. It plans to construct a 172,000-square-foot warehouse in Bay Shore, according to executives.