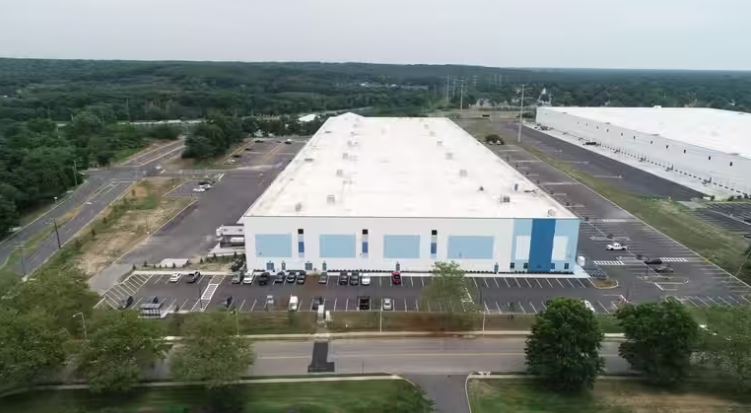 The developer of an Amazon warehouse on Ruland Road in Melville is giving up nearly $5 million in tax breaks because the online retailer isn’t sure it can meet the job commitment, according to documents and sources.

Hartz Mountain Industries Inc., in a May 26 letter, to the Suffolk County Industrial Development Agency, said it wished “to terminate the lease and project agreement, company lease agreement and related other agreements” that granted the tax incentives over 20 years.

James P. Rhatican, the executive with New Jersey-based Hartz Mountain who signed the letter, didn’t respond to requests for comment on Wednesday. The letter and other documents were obtained by Newsday via a Freedom of Information Law request.

Amazon wasn’t party to the Hartz Mountain-IDA agreements because the retailer didn’t sign a 10-year lease for the 276,500-square-foot warehouse until later. However, Amazon wasn’t certain it could meet the agreements’ stipulation that 175 jobs be created within two years of the facility’s opening, according to a source familiar with the situation.

The documents show that the IDA tax breaks were terminated on July 1. Hartz Mountain put $1.9 million into an escrow account for the repayment of sales taxes that were exempted on the purchase of construction materials and furnishings for the warehouse under the IDA deal.

Kelly Murphy, the IDA’s deputy executive director, said on Wednesday the amount of sales-tax savings to be clawed back cannot be determined until construction has been completed. She said the other tax benefits — up to $274,107 off the mortgage recording tax and $2.7 million in property-tax savings over 20 years — hadn’t yet been used and are now terminated.

“This recapture is … required by the contractual documents that they entered into,” Murphy said, referring to Hartz Mountain. “This is not common [among IDA projects] but it’s not unusual … This has been very straightforward,” she said.

The $52.8 million warehouse is one of two that Hartz Mountain is constructing on the site of the former Newsday headquarters on Pinelawn Road. The other warehouse is 669,186 square feet and its IDA tax breaks remain in effect, according to Murphy.

However, the future tenant or tenants of the larger building will have to create 500 jobs within two years of opening — an increase of 75 positions — because the tax-aid deal for the Amazon warehouse has been terminated, under an amendment unanimously approved by the IDA board in December.

News of the tax-break termination on Amazon’s Melville warehouse comes as the retailer faces the prospect of losing IDA aid for a soon-to-open warehouse in Syosset.

The Nassau County IDA is considering whether to claw back about $11 million in tax incentives awarded to developer Syosset Park Development LLC and Amazon for the Syosset facility now that the retailer is closing one of two Bethpage warehouses and transferring employees to Syosset. Amazon had pledged to create 150 new jobs in Syosset.

“Amazon will be on the agenda and up for discussion at our Aug. 11 meeting,” IDA chairman Richard Kessel said on Wednesday.