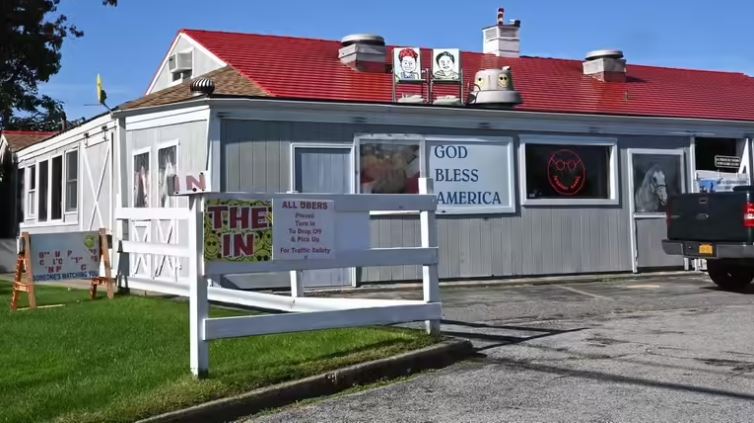 The owners and real estate brokers confirmed the sale Thursday of the Hampton Bays’ famed beer tavern, the Boardy Barn, casting doubt on its future and perhaps ending an era of more than 50 years of revelry on the East End.

The bar, which opened in 1970 and typically would be open Sundays from Memorial Day to Labor Day, closed last summer for what may have been its last party. Long Island’s other “ol’ barn” was put up for sale in October, and a sale closed for an undisclosed price Thursday.

“To our beloved family, employees, customers, partners and community: Mickey Shields and Tony Galgano first opened the barn doors on April 16, 1970. From that day forward, the Boardy Barn became better and more unique the moment each of you passed through those doors,” the former owners posted on their website and Facebook page Thursday. “We are deeply grateful for the memories we hold in our hearts. … We wish the new owners all the best as they work to determine what the property will become. … Don’t Stop Believin’ ”

Brokers did not say how much the buyers paid for the 2.6-acre property at 270 W. Montauk Hwy.

Lopresti said he did not know the owners’ plans for the property or if the barn would continue in any form.

Michael Galgano, the son of former owner Anthony Galgano, could not be reached for comment.

Anthony Galgano died in November at the age of 78. Family members did not give an update on plans for the property following his death, saying only “it was in God’s hands.”

The listing for the property did not include any asking sales price and said the property could be redeveloped or “remain as one of the East End’s premiere hospitality destinations.”