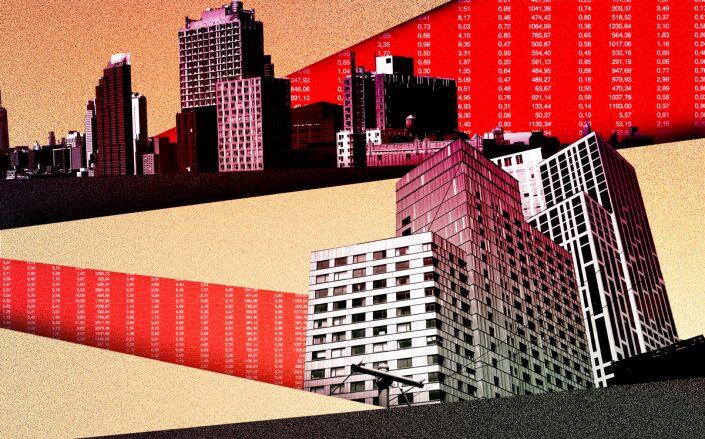 Coming off a busy second quarter, Brooklyn’s office landlords asked for higher rents in the third. In response, tenants signed far fewer leases and pushed up the borough’s availability rate.

The borough’s office leasing activity dropped by more than 30 percent from the second quarter, according to a report by Colliers. About 265,100 square feet was leased in the third quarter, down from more than 380,500 the previous period, but up 84 percent from a year ago.

Perhaps the most telling statistic from the report was net absorption: A humbling 473,000 more square feet were available at the end of the quarter than at the beginning. The quarter’s negative number contrasted markedly with the positive absorption in the previous quarter (an impressive 620,000 square feet), and the year-ago period (15,000 square feet absorbed).

On the bright side for office owners, roughly 999,000 square feet has been leased year-to-date in Brooklyn, more than 40 percent higher than during the first nine months last year.

Brooklyn’s availability rate is up 3 percent since the start of the pandemic.

The borough’s average asking rent jumped 3 percent from $50.41 annually per square foot in the second quarter to $51.91. Williamsburg and Greenpoint had the highest rents at $67.28. Brooklyn’s office rent is up more than 7 percent from last year’s third quarter and has risen 8 percent during the pandemic.

The biggest leases in Brooklyn during the third quarter were Huge taking 71,000 square feet at Rudin’s Dock 72  in the Brooklyn Navy Yard and Highline Commerce signing for 27,000 square feet at Building 7 in Belvedere Capital and Jamestown’s Industry City.

Meanwhile, Manhattan’s office market appears to be gaining momentum. The borough’s availability rate dropped in the third quarter to 16.4 percent, its lowest level since March 2021. Tenants leased 9.2 million square feet in the quarter, up 26 percent from the previous quarter and 28 percent from the same period last year. After three straight quarterly increases, Manhattan’s asking rent average dropped by 2 percent to $74.07.

Manhattan leasing is up 20 percent this year versus last year, thanks in part to 33 deals for 100,000 or more square feet, according to an Avison Young report today.
The return-to-office outlook in New York City is mixed. A post-Labor Day surge saw attendance at the city’s office buildings reach pre-pandemic levels in mid-September, according to Kastle Systems, which tracks card swipes.

But that surge appears to have slowed. After reaching a pandemic-high of 46.6 percent last month, desk visitation dropped to 43.5 percent for the last week in September, according to Kastle.