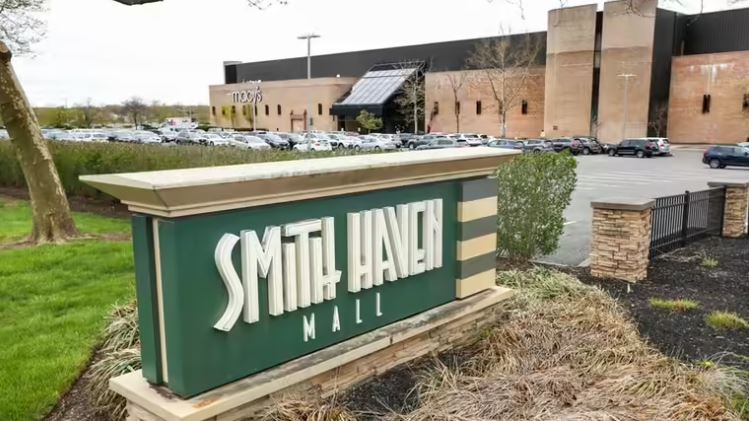 A Lake Grove mall will house one of Long Island’s first arenas for the global $1 billion esports industry, according to documents filed with the Smithtown Planning Department.

Manhattan-based Belong Gaming’s floor plan for Smith Haven Mall shows at least 72 gaming stations, and a lawyer for the company said at a March 24 town board hearing the space would feature bleachers for spectators and large-screen televisions to show gamers’ exploits in real time.

“It is not an arcade,” William Bonesso, a lawyer for the company, told the town board at the hearing. Quarter-sucking, refrigerator-sized consoles went obsolete before the advent of esports, a catchall term for organized, competitive gaming that can draw millions of viewers. Each Belong gaming station will afford access to “every game available” on PC and the PlayStation and Xbox platforms, Bonesso said, with locals forming six-player teams for league and tournament competition against players from the rest of the world.

Plans submitted to the town show a 243-person capacity with space for retail and a private party room. In April, the town board granted Belong a special exception to operate its game center in the portion of the mall that is within Smithtown’s borders and zoned for shopping center business.

Planner Matthew Calado said Belong would take over a space previously occupied by collectibles market LaLa Farfalla, which is moving elsewhere in the mall.

Belong’s arrival would shake up the traditional mall tenant mix of anchor, apparel, restaurants and electronics stores, something Stephanie Cegielski, vice president for trade group ICSC, said was happening across the country. “Mall property owners are finding ways to repurpose and diversify their mall tenant mix by securing a wider variety of new tenants who have closer ties and purpose” to the communities they serve, she wrote in an email.

Belong and Simon Properties, the mall’s owner, did not comment.

“What we’re really dealing with here is the esports industry,” which “has been outpacing traditional entertainment markets in recent years,” Bonesso said at the hearing. “The mall has always been an entertainment venue in addition to retail and food, so it fits right in.”

Belong, in a 2020 news release, said parent company Vindex would spend $300 million to open 500 gaming centers across the United States in the next five years.

The company envisioned each venue serving as “home field” for amateur teams ranging in skill from recreational to elite, with seasons lasting three to 10 weeks. Locations have opened in Houston and Chicago areas, according to news reports.

Paul Verna, principal analyst at research firm Insider Intelligence, said Belong was taking a novel approach in the U.S. esports market, where a number of large, high profile events are held but where most streaming takes place in people’s homes.

Intelligence predicts 29.6 million monthly U.S. esports viewers this year, but “you don’t often think of companies building physical environments,” he said. The “community aspect” of Belong’s plan could be a selling point, along with its equipment, if it’s better technology than what gamers might have in their own homes.

With Smith Haven occupancy last year at 91.7%, Simon appeared to be taking a measured risk with an unusual tenant, said Kevin Brown, an equity analyst for Morningstar.

The company wants its malls “to be an experience you can’t replicate online,” as reflected by its 2019 purchase of a minority stake in a bowling company, he said. “It’s an experiment that Simon is big enough to run.”