Brooklyn retail rents on the rise 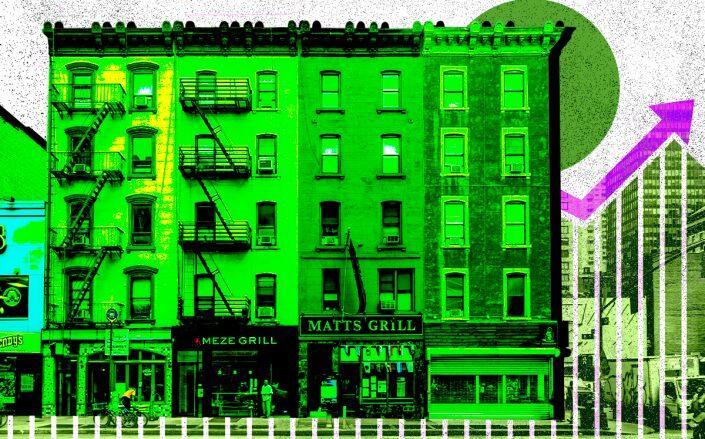 Retail space got costlier in most Brooklyn commercial corridors in the past 12 months.

Of 17 major retail corridors in the borough, 10 had average asking rent per square foot grow from last winter to the one that just ended, according to a report by the Real Estate Board of New York.

Still, the average rent is below its pre-pandemic peak in 16 of the 17 corridors — in some cases, well below: On Fulton Street in Downtown Brooklyn, it is 45 percent south of its peak of $359 in winter 2018, for instance.

However the increases are a promising sign for retail landlords. Last summer asking rents fell in 11 of the 17 corridors tracked by the report.

In Brooklyn, retail mostly hinges on the activity of local residents, rather than that of office workers and tourists, as it does in Manhattan. And Kings County appears to be growing: More than 14,000 residential units have been completed there since 2020 and nearly four times as many are proposed or in the planning process.

“Brooklyn’s expanding residential base has been an essential steadying force for its retail sector during the ups and downs of the pandemic,” Keith DeCoster, director of market data and policy at REBNY, said in a statement.

Average asking rent on Franklin Street in Williamsburg, which got a major scare a few years ago when the neighborhood’s subway tunnel to Manhattan was targeted for a long shutdown, jumped to $88 per square foot in the last six months — just below its recent peak of $89 a year ago. Williamsburg’s North 6th Street registered the highest average asking rents in the borough at $225 per square foot.

In Downtown Brooklyn, where retail is more dependent on government workers and lawyers, Court Street also hit a new all-time high of $175, up from $166 three years ago and 56 percent higher than the all-time low of $112 last winter.

Brooklyn welcomed a variety of bars, restaurants and fitness centers during the winter. Among them are Ciao Ciao, a bar in Williamsburg, Six Point Brewery in Downtown Brooklyn and VITAL Climbing Gym in Williamsburg.

“The appetite for space from tenants this spring feels like it’s greater than even before the pandemic in more established sub-markets like Williamsburg, Dumbo and Downtown Brooklyn,” founder and CEO of Tri State Commercial Realty Group Shlomi Bagdadi said in a statement.