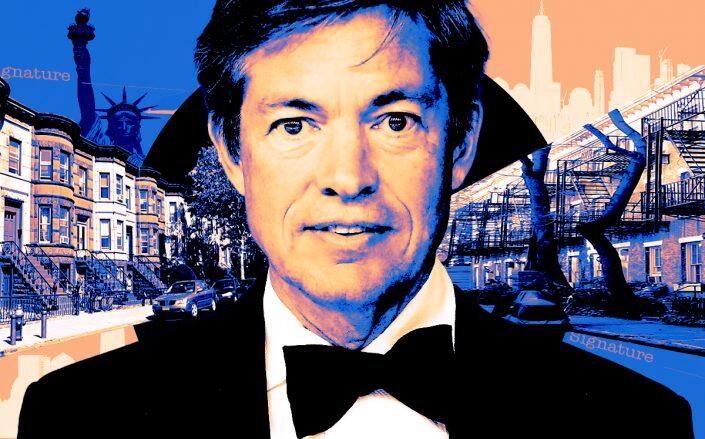 Billionaire investor and philanthropist Nicolas Berggruen is on a real estate buying spree in New York and plans to keep going until he’s spent more than half a billion dollars.

Berggruen Holdings, a private investment firm, and a company called Firebird Grove formed a partnership in 2020 called Oculus to build a portfolio from under-managed, operationally distressed historic multifamily properties in Brooklyn and Manhattan, according to Berggruen’s website.

Firebird Grove was behind the recent $32 million purchase of Patchin Place in Greenwich Village, but records suggest that Berggruen has already spent more than $175 million on 27 properties in the city since 2020.

The company listed on the deed for Patchin Place is OR Patchin Place LLC. One of the signatories is Adam J. Semler. Records show that Semler has signed off on 27 transactions since 2020, all for companies named after the properties they bought, such as OR 107 East Second LLC and OR 240 Mulberry LLC.

From their Streeteasy profiles, the acquired buildings match the description outlined on Berggruen’s website.

Firebird Grove marks Berggruen Holdings’ fifth real estate portfolio in cities across the world. The investment firm owns 100 properties in Berlin and four in Paris, worth a combined $726 million, according to its website. Berggruen also reports owning $1 billion in property across Portland, Los Angeles and Seattle. It’s also behind the Teacher’s Village project in Newark.

A representative for Berggruen could not be reached for comment. It could not be determined if he has recently purchased other city properties besides those signed for by Semler.

The 60-year-old billionaire enrolled at New York University at age 17 and later worked for financial firms in Philadelphia before returning to New York and striking out on his own. He began buying distressed properties in the city in the 1980s and also invested in stocks, private equity, hedge funds and venture capital. Forbes estimates his net worth at $2.9 billion.

Berggruen, who occasionally shows up on society pages, has dual American and German citizenship. His main residence is in West Hollywood’s Sierra Towers building, where he spent more than $20 million buying up at least seven condo units. He also owns a 1920s Spanish Revival-style Hollywood mansion atop the Sunset Strip.

An earlier version of this story misstated Berggruen’s spending on New York City properties since 2020.