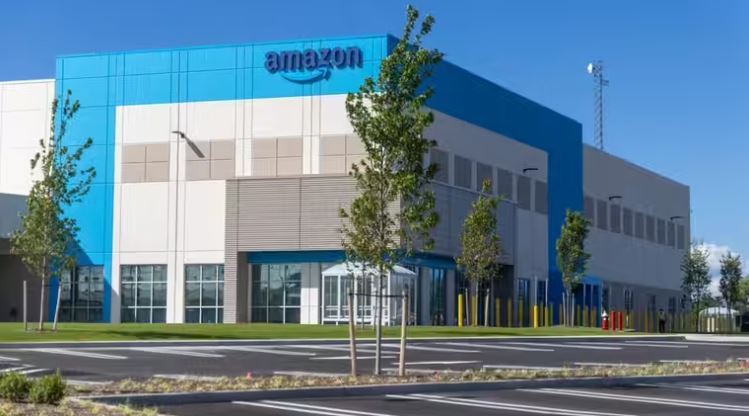 The prospect of Nassau County gaining hundreds of new jobs tied to the opening of an Amazon warehouse in Syosset is now in doubt.

That’s because the retailer intends to close one of its warehouses in Bethpage and transfer the work to Syosset, sources with direct knowledge of the plan told Newsday.

The county’s Industrial Development Agency last year granted Amazon and the developer of the Syosset warehouse about $11 million in tax breaks over 15 years in return for pledging to create 150 warehouse jobs in Syosset. The positions were to be in addition to those at two Amazon facilities in Bethpage and one in Carle Place, the application for IDA assistance states.

Besides the Amazon personnel, each warehouse is home to small transportation companies that employ dozens of van drivers to deliver packages “the last mile” to the customer’s doorstep.

An Amazon spokeswoman didn’t respond to requests for comment.

Two Amazon warehouse workers, who requested anonymity because they weren’t authorized to speak about the matter, said they were told by managers to prepare to leave Bethpage by September for the Syosset warehouse.

The workers said they were assured that they could remain on the Amazon payroll – just not in Bethpage.

Including Amazon employees and workers at the small transportation companies, more than 500 people work out of the 201 Grumman Rd. W. facility, sources told Newsday.

Amazon’s decision not to renew the lease on 201 Grumman Rd. W. comes as the retailer adjusts to smaller increases in online shopping after two years of rapid growth during the pandemic’s height.

Amazon has confirmed that it’s subleasing warehouse space nationwide that it had planned to use. “Subleasing is something many established corporations do to help manage their real estate portfolio,” spokeswoman Alisa Carroll said last month, referring to the company’s national strategy.

Amazon began renting 201 Grumman Rd. W. in 2016 after Steel Equities purchased the building as part of a $6.8 million project. The project was awarded tax breaks in 2015 by the Nassau IDA, according to state records.

The building had been a Goya Foods Inc. warehouse for 17 years and before that was the site of a runway used by aircraft manufacturer Grumman Corp.

Amazon has benefited from lower rent because the landlord has passed along a portion of the IDA property-tax savings, which totaled $1.1 million in 2019-20, the state records show.

Similarly, the owner of the Syosset warehouse, Syosset Park Development LLC, is expected to pass along some of its IDA property-tax savings in the form of lower rent to Amazon. At least $8 million of the $11 million in incentives is property tax savings  over 15 years, according to an estimate by the Syosset Central School District.

The school district opposed IDA aid for the $72 million project, which is now nearing completion on the site of the former Cerro Wire factory, north of the LIE.

Syosset Park Development and Amazon said in their IDA application that the new warehouse would not “result in the removal or abandonment of a plant or facility of the applicant…or relocation of any employee of the applicant” located within Nassau.

IDA chairman Richard Kessel said on Wednesday, “Amazon recently contacted the IDA and we are having discussions with them on both their old and new facilities.”

Besides Bethpage, Carle Place and Syosset, Amazon has plans for at least two last-mile warehouses in Melville and one each in Holbrook, Shirley-East Yaphank, Westhampton Beach and Woodmere.

A planned Hauppauge warehouse is in doubt after the developer sold the property to a rival. In Freeport, village officials have said they want to sell a school athletic field so that Amazon may build a warehouse, but school officials have sued to block the sale.