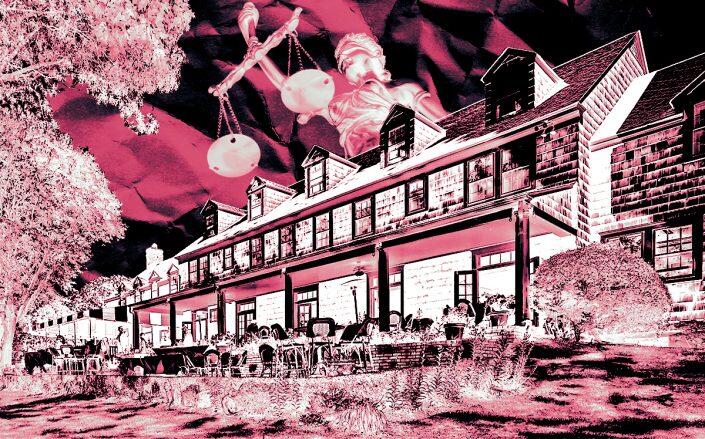 Aandrea Carter may be the new kid on the dock, but she isn’t letting Shelter Island dismantle her dreams.

Carter is taking the town to court after the municipality tried to destroy the dock leading up to the hotel she bought last year, Newsday reported. Carter purchased the 17-room Ram’s Head Inn, which includes a 110-seat restaurant, in part because visitors could arrive by boat.

But town officials claimed the dock that served it was not safe and erected a fence around it. After Carter took down the fence, workers with chainsaws and backhoes arrived to dismantle it.

In March, the town board voted unanimously that the dock was on town property and to authorize the town attorney to send a 30-day notice regarding its removal.

A formal letter was sent to Carter on May 11, giving her until June 9 to remove the dock, despite ongoing negotiations with the town.

An attorney for Carter said she tried to work out an agreement, arguing that the previous business owners used the dock for 50 years. The town floated an idea for Carter to build a dock on a neighboring property and cede control of the disputed dock, according to the complaint she filed last month.

Carter fought that suggestion, leading to the partial dock decimation.

In the lawsuit, Carter wants a declaration that she owns the dock, along with punitive and compensatory damages. The lawsuit claims that the town supervisor has admitted to the “appearance” of a conflict of interest by the town attorney, who has worked for the Soloviev family, owners of the rival Chequit.

“We are extremely confident that we will prevail when the court actually hears the case,” the town board stated.

The dock dispute isn’t preventing customers from going to the century-old inn. The property is accessible by another dock Carter purchased and by car. Guests can also use the damaged dock, though they would need to be ferried to shore in a smaller boat.

Meanwhile, activity at the dock is at a standstill because the judge granted a temporary restraining order on the day the lawsuit was filed. The case will resurface in court July 7.