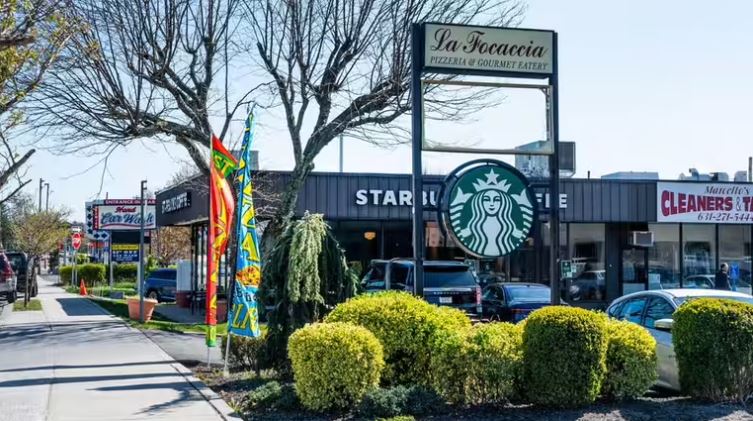 A former farming community, Melville is a thriving commercial and residential hamlet whose farming roots are still evident in the horse farms in the West Hills area and at the perennially popular White Post Farms.

From 1909 to 1919, a trolley traversed Route 110, and was shuttered only after farmers complained that the noise disturbed their livestock.

Today, the area is known for the 110 corridor, a 16-mile stretch with a section in Melville that includes office parks, the headquarters for Canon, Henry Schein and other major corporations, and an Amazon facility under construction.

The corridor is ever expanding, with a range that include many stores in a swath known as Furniture Alley, and a fair number of restaurants, all of which contribute significantly to the area’s tax base, says David Gustin, president of the Melville Chamber of Commerce.

“The 110/Broadhollow Road corridor connects Amityville to Melville to Huntington, as one of the most populated areas of the Suffolk community,” says Gustin.

Calling Melville “a beautiful and peaceful neighborhood,” Nikki Perri, an agent with Signature Premier Properties, says, “You will immediately notice the wide, tree-lined streets. This neighborhood is perfectly located near restaurants, shopping, parks, and is only a short drive to some of Long Island’s most beautiful beaches.”

In addition to several gated communities, there are many Colonials and ranches and a few contemporary homes in the area, with prices starting in the mid $500,000s and going up to about $5 million.

The hamlet is also home to BAPS Shri Swaminarayan Mandir, a sprawling, ornate Hindu temple, that opened in 2016.

Melville’s central location and proximity to the Long Island Expressway and the Northern State, Sagtikos and Southern State parkways is a big plus, notes Town of Huntington Supervisor Ed Smyth.

“If you’re a commuter, it’s a great place because you have very easy access to the major east-west and north-south arteries on Long Island,” he says.