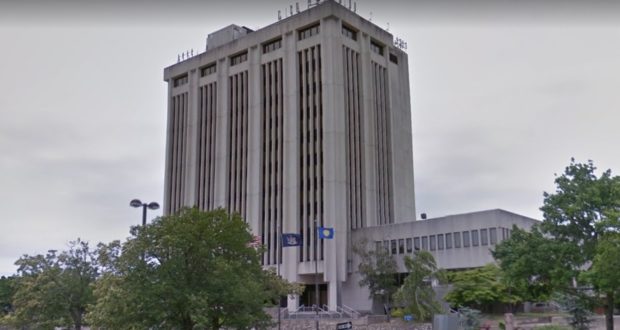 The recent cyberattack that crippled much of Suffolk County’s digital infrastructure is wreaking havoc throughout the Long Island real estate industry.

The attack shut down the county’s online systems earlier this month, and has paralyzed the county clerk’s office, which is responsible for recording documents and assisting with records searches for properties.

The result has delayed or cancelled real estate closings, especially on larger commercial deals, as title companies can’t search county databases to accurately ensure that the properties have no liens, judgments or other encumbrances in order to pass title.

“The delay in restoring access to the county’s real estate records, which had been accessible online prior to the hack, is causing many title companies to withhold final clearance which would allow closings to occur,” said attorney David Rosenberg of Garden City-based Rosenberg Fortuna & Laitman. “These records are essential to determine if any new liens, encumbrances or property transfers have been filed between the original title report and the closing. On newer deals, it delays the initial title report so the title company qualifies the report in a way that counsel for buyers, borrowers and lenders cannot confidently close any significant transactions.”

“New title reports cannot be prepared and therefore recently signed transactions are completely stalled so the impact will grow exponentially,” Stein said. “The effects of the economics could be devastating if they cannot find a workaround.”

The shutdown of county systems has forced some title insurers to add an exception to their Schedule B list of things they can’t insure, which now includes “any defect, lien, encumbrance, adverse claim, or other matter created by or arising out of the inaccessibility of the Office of Suffolk County, including, but not limited to an inability to search the public records, or any delay in recordation of documents in the public records.”

Joseph Barretta, managing partner of Garden City-based Capri Capital Management, said the inability to insure clear title is putting a multi-million-dollar deal in Bay Shore his company is trying to close in jeopardy.

“The longer this goes on the higher the likelihood is that real estate transactions will either be cancelled or end up in litigation,” Barretta told LIBN. “This also affects new development, as developers can’t close on construction loans. Tens of millions of dollars, if not hundreds of millions, of lost wages, profits, and commissions are being lost. It is impacting the livelihoods of anyone related to the real estate business.”

Some real estate deals, especially smaller residential sales, have been able to close, as buyers have been accepting affidavits from sellers that assert there are no liens or other encumbrances on their properties.

“If they were in process before the hack and all of the title searches were done, they have been closing,” said Linda Haltman of Plainview-based Hallmark Abstract Services. “With the exception of vacant land, new construction and foreclosures, underwriters are allowing sellers to sign affidavits if the searches have already been done.”

However, Haltman says that in light of rapidly rising mortgage rates, delays in closing could get expensive.

“Without an extension of a rate lock-in period, delays in being able to close could be costly,” she said. “On a mortgage for a $500,000 house, it could cost an additional $5,000 upfront to pay down the rate.”

But on higher-priced homes and larger commercial property sales, affidavits just won’t cut it, as insurance underwriters won’t want to take the word of a seller when the risk is substantial.

Suffolk County websites and web-based applications were taken down on Sept. 8, after officials found malware in county systems. Ransomware postings on the website DataBreaches.net showed images of county documents and the hackers claimed to have extracted court records, sheriff’s office records, contracts with the state, and personal data of citizens from the domain of the county clerk.

“It is imperative that the county resolve this issue and resume operations, as there will be an impending snowball effect of damages due to the shutdown,” Barretta said.

County officials have yet to respond to requests for comment on what the county is doing to repair or re-establish its data infrastructure and when its systems will be back online and operating normally.