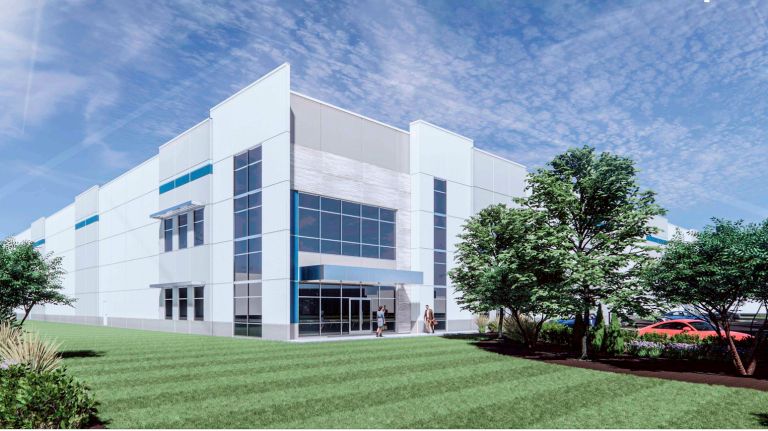 A developer who wants to build two warehouses on formerly toxic land in Hicksville is seeking tax breaks from Nassau County, officials said.

The IDA board voted unanimously this month to negotiate a tax-aid package with Brookfield.

Daniel P. Deegan, the developer’s real estate attorney, said the warehouses, totaling 303,680 square feet, will be constructed out of state if Nassau isn’t able to reduce the tax burden. Without IDA assistance, the property tax bills will equal $7.25 per square foot of warehouse space compared with $2 to $3 in New Jersey, he said.

Deegan said Brookfield’s annual property-tax payments, even with IDA tax breaks, will be higher than the $402,000 currently being collected by local governments from the developer.

The vacant land at 125 New South Rd. was heavily polluted starting in 1946 by a succession of manufacturers of plastics, rubber and polyester, including Hooker and Ruco Polymer Corp. It was declared a Superfund site in 1984 and has since been cleaned up.

Brookfield, in its application for IDA aid, estimated the total price tag for the warehouse project is $114 million.

Company representatives said tenants will be secured once the warehouses are completed. The lack of signed leases was questioned by some IDA board members.

Timothy Williams, the agency’s secretary, said he was concerned that Nassau taxpayers would be supporting a project that may not have tenants for a number of years.

“If it’s going to take three years to find a suitable tenant, what are the residents of Nassau County getting in return?” Williams said. “I remain concerned about [IDA support for] projects with only a hope and a prayer” of securing tenants.

Deegan, Brookfield’s attorney, responded by touting the company’s reputation, noting that it oversees more than 800 properties around the globe, totaling 375 million square feet.

“There are a lot of smaller developers around that I can see you might be concerned about, but Brookfield is the real deal,” he said.

IDA chairman Richard Kessel agreed, citing tax breaks for other developers for projects in Hicksville and Mineola. Both warehouses didn’t have tenants until after the construction was finished.

“Those buildings are now full of tenants,” he said. “If there was a failure to attract tenants then we can claw back the [tax] benefits.”