The Hamptons hotel that conquered Covid 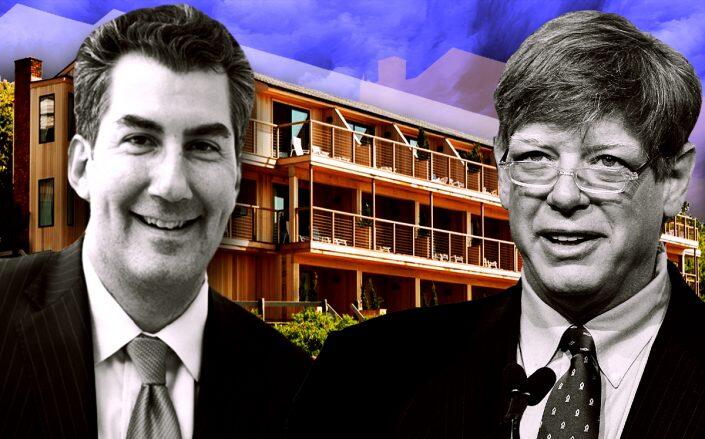 As hotels nationwide seek a path back to prosperity, one Hamptons resort has emerged as a beacon.

Gurney’s, a recently renovated luxury hotel in Montauk, was situated almost perfectly to thrive in the pandemic, according to a new report from Morningstar DBRS.

It’s a “drive-to” resort, within reach of Covid-cautious travelers who were afraid to fly but still wanted a taste of the beach. The 149-key Gurney’s is one of only two proper, full-service resorts in the Hamptons built right up against the Atlantic Ocean.

With 60 percent of Montauk preserved as open space, and very little coastal land zoned for commercial use, the odds of a competitor emerging with better ocean access are slim.

East Hampton is also extremely picky about the new hotel projects it allows. Town zoning regulations ban chain hotels, and in 2015, it outlawed the conversion of hotels into nightclubs.

Arbitrary minimums and maximums abound: New developments need at least 25 rooms, but their restaurants can’t take up more than 2,000 square feet or 20 percent of their structures. The regulations are so tight that Gurney’s Beach Club is the only food and beverage outlet actually on a Hamptons beach.

The hotel also got ahead of Covid’s inflation and supply chain nightmares with $54 million in renovations, courtesy of New York landlord BLDG Management and Metrovest Equities, who bought the once-dingy motel as a joint venture in 2013. The investors spruced up guest rooms, common areas, amenities and restaurants, and are finishing up a $16.4 million spa, which will pump seawater directly from the ocean into its full-size swimming pool.

The upgrades have allowed Gurney’s to increase the money it makes on an occupied room by nearly 50 percent in just three years.

Pound-for-pound, comparable hotels have actually gotten a bit more expensive, a sign of the booming East End hotel scene in general. But Gurney’s maintained its sizable lead in occupancy rates even as travel restrictions and pandemic worries grew. While far fewer people stayed in hotels in 2020 than usual, Gurney’s still finished the year 59 percent full on average, compared to 42 percent for similar Hamptons hotels.

Gurney’s revPAR — room revenue divided by the number of rooms available — reached $675.81 on Sept. 30 last year, up 52 percent from $443.88 before the pandemic. For reference, revPAR in New York City last month was still about $50 below the usual level at this time of year.

Morningstar cautions that prices will probably stabilize at some level below current heights. High expenses will persist, the ratings agency predicts, as the labor market remains tight and employees struggle to find affordable housing near the resort.

The property is also highly leveraged compared to its competition, with a $217.5 million mortgage against a $244 million market value, according to LW Hospitality Advisors, a hotel consultancy and appraiser. The resort’s value will jump to $258 million once the spa renovations are complete.

Even if prices fall, occupancy and events will likely rise. Gurney’s says it has at least 20 weddings on the books this year already. Don’t bother calling if you plan to spend less than $100,000.

BLDG Management is run by Lloyd Goldman, whose uncle Sol Goldman built one of New York’s largest privately held real estate empires. Metrovest Equities is owned by George Filopoulos, who founded the firm in 1996, according to a 2018 interview in Leaders Magazine.

After buying the Gurney’s brand in 2013, the team bought and renovated the former Montauk Yacht Club, now a 107-key branded hotel, and a pair of resorts in Newport, Rhode Island, and Paradise Valley, Arizona. Neither firm responded to requests for comment.

The spa renovation can’t come too soon for Gurney’s guests, some of whom might be in need of a massage after booking a room this summer. The cheapest one is already north of $1,000 per night.