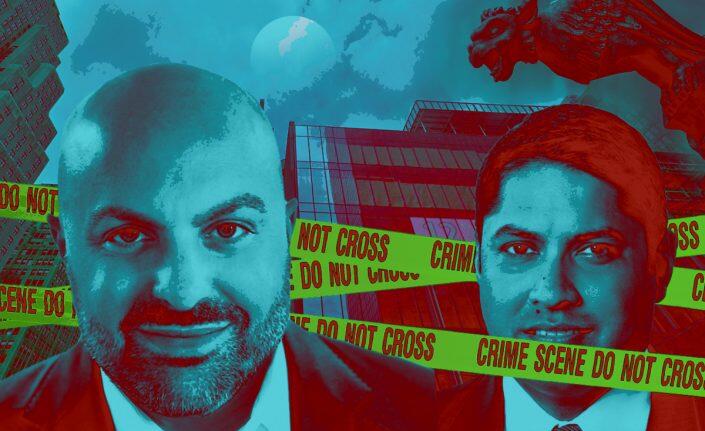 Finding tenants for 263 West 34th Street has been difficult, to say the least.

Convenience store chain 7-11 wanted the ground floor retail space, but discussions fell through after the firm’s representative was mugged in front of the building.

Pharmaceutical giant Merck backed out of a six-floor lease after reading about stabbings near the front door.

Workers for one of the two companies that did rent space, Kolb Radiology, were attacked outside the property as they delivered helium for its MRI machine.

Now, the building owners face an assault of their own, with control of their newly completed building hanging in the balance.

Churchill Real Estate says it has spent about $90 million on the office and retail building near Penn Station since 2016, hoping to capitalize on a upgrades to the transit hub. However, just as their project neared completion, the pandemic devastated New York and damaged office and retail leasing.

Churchill has failed to pull in tenants, and now its senior lender, Marathon Asset Management, is suing to foreclose on the building.

In 2019, Marathon lent Churchill $52 million across three loans to refinance debt on the project and finish construction. Marathon soon transferred the loans through a series of shell companies, and the debt ended up with a Cayman Islands corporation called Marathon CRE 2018-FL1 Issuer.

Churchill tried to find tenants for its building, tapping Avison Young in August 2020 to market the available space. An Avison Young broker wrote that the firm leased 40 percent of its assigned square footage, but it wasn’t enough for Churchill to make its monthly payments. When it missed one last April, Marathon declared the loan in default and accelerated the loan at default interest that June.

In response, Churchill focused on the Caribbean connection.

Robert Tolchin, Churchill’s attorney, zeroed in on the 2018-FL1 Issuer shell company’s Cayman Islands address, arguing that it should not be able to sue for foreclosure because it is not registered to do business in New York.

Marathon shot back that the shell company has only held the loans on this one project, and therefore doesn’t reach the state’s threshold of conducting “systematic or regular” business that requires registration.

“Other than holding the mortgage loans at issue here, [Marathon CRE 2018-FL1 Issuer] has never done another loan transaction in New York, and [it] does not conduct any other business in New York,” Bhagat wrote.

One wrinkle: Public records show Marathon has used the shell company to hold mortgages on properties in Manhattan, Brooklyn and the Bronx. In July 2018, the shell company took on leases and rents at 358 East 149th Street in the South Bronx. The following April, it transferred the loans on a handful of Borough Park buildings to another lender.

Marathon eventually transferred the loans on Churchill’s building from the Cayman LLC to one in Delaware, but not until November 2021, two months after filing its initial complaint. James Kim, the firm’s attorney, wrote in a filing that if there were a violation, the courts usually allow such infractions to be cured. Kim didn’t respond to a request for comment.

A state judge appointed a receiver to take over the property in January, forcing Churchill to turn over the books, keys and bank accounts attached to the property. But Marathon’s motions for foreclosure on the loans haven’t been settled, and have since been moved to a federal court.

In legal filings, Kim calls the nationality defense a “feeble attempt to thwart the foreclosure process,” and maintains that Churchill owes Marathon almost $56 million, including $4.6 million in interest alone.

Crime has increased across much of the country during the pandemic, as have office and retail vacancies.

“If you didn’t have Covid,” Tolchin said, “this would be a nice, fully occupied building, and everything would be great.”