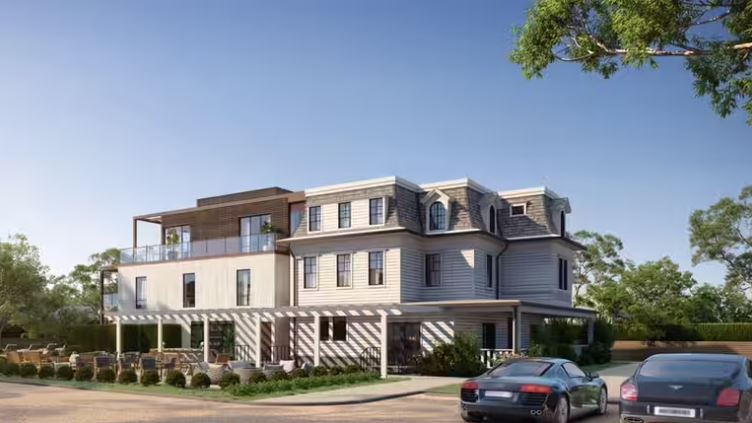 A luxury hotel on the site of the former Grassmere Inn in Westhampton Beach has been awarded $690,512 in tax breaks by Suffolk County.

In an unanimous vote last week, the county’s Industrial Development Agency gave final approval for the tax aid to Melville-based developer WHBH Real Estate LLC in return for its investment of $11.6 million in the property and pledge to create about 14 jobs over two years.

The amount of property-tax savings is $224,587 or 22% over 10 years. But even with the tax aid, the project will generate nearly $600,000 more in property taxes over the next decade than if no improvements were made to the historic inn, according to an analysis by the Brooklyn-based consulting firm National Development Council.

The project consists of restoring the Grassmere’s main building, which dates to the 1880s, and tearing down an annex constructed in the 1960s and 1970s and an adjacent cottage. A new annex would be constructed, along with amenities such as an outdoor pool, fitness center and outdoor lounge area with fire pits.

The new hotel, to be called Seven Beach Lane, would have 16 guest rooms,  split equally between the Victorian and modern contemporary styles, according to Corey Gluckstal, managing member of the development company. He said hotel would hopefully open next year.

Gluckstal told the IDA in July that he wants Seven Beach Lane’s guests to patronize nearby bars and restaurants so the hotel’s guests-only bar and restaurant will have a limited menu.