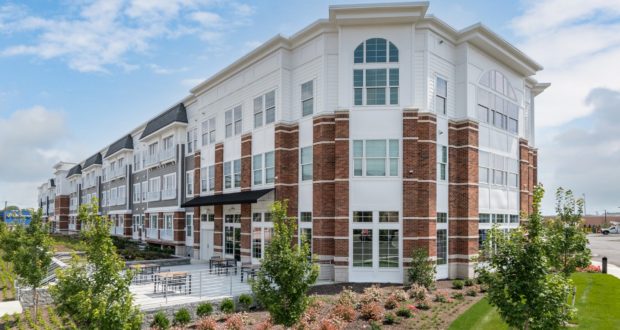 Two Long Island firms are the buyer and seller of a newly built rental complex in Lindenhurst.

The Wel was a joint venture between East Setauket-based Tritec and its capital partner San Francisco-based Rockwood Capital. Tritec began construction of the $103 million project in Oct. 2019 and opened the complex in Oct. 2021.

The Wel has a mix of studio-, one-, two- and three-bedroom apartments. Amenities include a pool, fitness center, game room and a rooftop deck.

Fairfield’s Lindenhurst purchase is the latest in a string of Long Island multifamily acquisitions for the fast-growing company. Earlier this year, the Melville-based apartment giant purchased the 310-unit Saddle Rock Apartments located on 41.3 acres at 1000 Saddle Rock Road in Holbrook and the 66-unit Saddle Cove Townhomes located on 8.7 acres at 100 Saddle Cove Road in Bohemia for a total of $160.7 million.

Late last year the company purchased the 214-unit Southpoint Apartment Homes community in Massapequa for $106 million and in Oct. 2021, Fairfield acquired a 200-unit apartment complex on 41 acres in Coram for $70 million.

Fairfield, Long Island’s largest owner and manager of rental housing, now has more than 13,000 apartments in more than 163 rental communities.

Fairfield was self-represented in the Lindenhurst acquisition, while Jose Cruz and Steve Simonelli of JLL represented the sellers in the deal that closed last week.