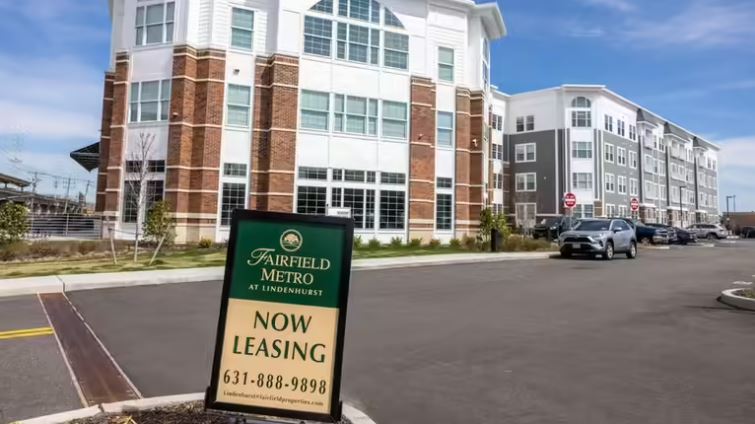 Name dropping won’t get you far in the Village of Lindenhurst.

Village officials convinced the commercial real estate firm Fairfield Properties not to rename The Wel apartment building it purchased last month, Mayor Michael Lavorata said. The village expected The Wel’s developer, Tritec Real Estate Co., to hold onto the new residences, but the East Setauket firm was pushed to sell after less than a year by its partner in the project, Lavorata said.

Fairfield Properties’ willingness to abandon the name it originally wanted, Fairfield Metro, shows the company will be good stewards of the 260-unit building steps away from the Lindenhurst Long Island Rail Road station, Lavorata said. The company currently lists the 75 E. Hoffman Ave. building as “Fairfield The Wel at Lindenhurst” on its website. The name pays homage to the 19th century investor Thomas Welwood, whom the misspelled Wellwood Avenue is named after.

“Had they taken the name off, there would have been an uproar,” said Lindenhurst Chamber of Commerce president JoAnn Boettcher. “Some sense of our heritage is still there, our past. It’s not just another company taking it over.”

The $147 million transaction closed on March 24, about 10 months after residents started moving into apartments, Tritec spokesman Christopher Kelly said. Rents ranged from $2,100 to $4,650 a month when the building opened, Kelly said.

Tritec and an affiliate of the investment firm Rockwood Capital indicated they planned to spend $102.64 million on The Wel, including $11.4 million acquiring land, according to a 2018 application filed with the Babylon Industrial Development Agency. The IDA authorized up to $31.2 million in tax benefits over 30 years for the project, which the IDA said will be passed on to Fairfield Properties.

“They were offered a pretty nice profit — 40%,” Lavorata said.

He said the Coughlan brothers who lead Tritec were not initially planning on selling the building, but their partners wanted to move on.

“They rely on someone to assist them with the investment, so I understand why they would do that,” Lavorata said.

The Wel is the largest capital project in village history and its size worried some residents, according to Lavorata, who said he initially had doubts about the project. One of those skeptics, Terence Whelan, called the sale disappointing.

“While I was not in favor of it, I was pleased that it was going to be done by a quality outfit,” said Whelan, a retiree who has lived in the village for more than four decades. “They did build a nice building. They did fill it up, but they’re not here to maintain it like we thought that they had planned on doing.”

Tritec didn’t directly respond when asked about what prompted the sale. Kelly said the company was brought in “to be a catalyst for change in Lindenhurst” — a goal he said the firm achieved.

“The Wel community is not only the center of a newly thriving downtown, but it is 99% leased — proving once again that there is an appetite for high-quality multifamily housing on Long Island,” Kelly wrote in an email, adding that the project helped attract new restaurants and improve the village’s credit rating.

Fairfield Properties didn’t respond to inquiries about its plans for the Wel, which includes 26 affordable units, a pool, fitness center and roof deck.